what does that mean at it's core.

Strength = as we define it

1: the quality or state of being strong : capacity for exertion or endurance, or power of your mind to act in a tough situation
2 : power to resist force :being Solid / Tough in Body, mind and Character
3 : power of resisting attack : the ability to not give in under physical or metal duress

4 : force as measured in numbers : we are Strong as One, But our group as a whole bring each individual to a higher level

Guild = as we define it

1: an association of people with similar interests or pursuits

2: an association of people for mutual aid or the pursuit of a common goal.

3: A as a whole guild would make sure that anything presented by a guild member was up to standard. Membership of a guild was an honour as it was a sign that you were skilled and had some respect in society

4: the senior members of the guild, would guide and apprentice, newer members. The group as a whole would work to make sure the product turned out was up to par.

We are not for everyone. We are OK about this, and we are unapologetic to it. Some do not fit and that is ok.

We are an organization interested in the acquisition and mastery of strength. Strength in all aspects, physical and mental. We are a brotherhood of craftsman, from master to beginner, and in between, with brothers and sisters around the globe. We look out for one another, the masters, and those above beginner help guide those lower than them. We strive for, and demand excellence in what we turn out. We demand you learn the skills of strength, beginning at the mastery and foundation of basic movement, and mental toughness. That learning never stops on up through physical and mental excellence. Even at mastery we understand everything is still rooted in the basic foundational skills. Perfection is our goal, but we understand perfection is a fallacy, and even at the highest level we have more to learn and ways to better ourselves.

We will forever continue to turn out the best, and cast away those not interested in the pursuit of being the best they can be, or those who hold others back and do not believe in our pursuit of excellence. We hold one another to a high level, and therefor, we rise one another to a higher level than we would reach alone. We are Strong, We are a family, We are Strength Guild. 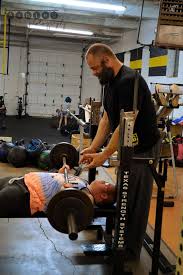